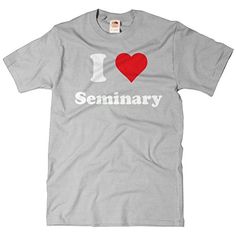 Today I walked into the Crary-McPheters building on the campus of Asbury Theological Seminary for the first time as an official student. Today was my first class; this marked the beginning of a spiritual and academic pursuit that I have been working toward for almost three years (the argument could be made that it’s been much longer).  Dr. David Bauer’s Inductive Bible Study course on Matthew is where it finally felt “real.”

I’m a seminary student; and surprisingly the roof is still intact in all of the buildings!

Today wasn’t overwhelming as it was only the first day and we spent a good portion of class going over the syllabus and such. I also only had one class today so that also contributed to today being an easy day. I know that as the semester progresses the hard days will be more frequent. However, I’m excited for what’s to come. I know that this will not be easy – there will be much hard work, much frustration, much reading and a whole bunch of prayer. I’m already thankful for this opportunity and I look forward to what God has in store.

In the first chapel service of the year, ATS President Dr. Timothy Tennent gave us all a challenge to carry out our callings so that the world can continue to be changed. During his message we heard story after story about how revival is coming to parts of the world where Christianity was thought to be dead. He emphasized that revival was possible in this country as well and encouraged us to allow ourselves to be used by God for that purpose. He made sure to point out that the decline in Christiandom may actually not be as bad as some people fear. I agree with him and I look forward to the future rather than fearing it.

I did a check-in on Facebook this morning where I quoted Isaiah 43:19 (“Look! I’m doing a new thing; now it sprouts up; don’t you recognize it? I’m making a way in the desert, paths in the wilderness”). I truly believe that God is doing something “new” in me and many others. I can’t wait to see what happens. I covet your prayers as I continue on this path of learning, discipleship and growth.