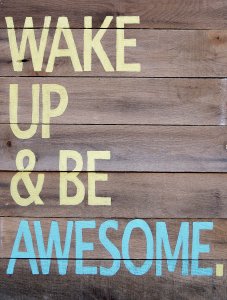 Has it really been almost two years since I posted here? Apparently it has. Wow.

I need lots of therapy.

I’m still a paramedic. Also, I’m still a United Methodist pastor, serving a congregation just outside of Meridian, Mississippi. I have entered my final semester as a student at Liberty University and I anticipate enrolling in seminary in the Fall Semester. If all goes as I hope and pray that it does, Jessica and I will be moving to Kentucky so I can attend Asbury Theological Seminary in Wilmore.

There is one other significant change that has taken place since I posted here. The change is both amazing and tragic, a truly bittersweet part of who I am now. On December 8, 2014, I became a father.

And the same day, about an hour later, I learned what it is like to lose a child.

The day that my daughter, Hannah, was born was supposed to be a joyous day. In part, it was. It was also one of the saddest days I have ever lived to tell about. I was at work just doing my typical paramedic things. Jessica had been put on bed rest and was seeing her doctor twice a week. On this day she was at her usual appointment and next thing we knew she was being sent to the hospital for some extra monitoring. We had noticed Hannah not moving as much as normal but didn’t think much about it at the time. Plus Jessica had been under observation before so, again, we just didn’t think much about it.

The next thing I know, Jessica calls me and tells me that nurses are running around and she is scared. I left work and went to the hospital. My EMS station was just up the road from the hospital so it was less than 15 minutes later that I was there. By the time I had arrived, Hannah had been born by emergency C-section. Soon after I found out that Hannah was not going to live. When all the pieces were put together, we found out that nothing we did or didn’t do caused any of this to occur. Hannah had somehow gotten sick and basically gone into heart failure, which caused her other organs to fail. It was a heart wrenching day. Probably the worst part of this whole thing is that we still don’t have all of the answers that we would like to have about Hannah’s death. Unfortunately, we may never know.

This is an ugly fraternity that Jessica and I have found ourselves in, the dismal one called “Angel Parents.” Jessica and I are mom and dad, yet our daughter isn’t here. It’s a strange feeling. Some wound argue that we truly are not parents but I say that is not true. I saw my baby. I held my baby. I rejoiced that, even if for a brief moment, I got to see a part of me alive. Even though Hannah is with God, I am still her daddy and I always will be. While we are sad, we also celebrate that Hannah didn’t have to linger long in a NICU. It doesn’t make it any easier, however.

Jessica and I have learned a lot through this experience and we are still learning. One thing that I think she and I can both agree on is that God will allow us to minister to others who are in this position. In that, I can take comfort. But right now, as we are still grieving, we are thankful for the many, many people who have ministered to us. There’s no way we can adequately express our gratitude.

I would like to go ahead and share some tips for dealing with people who have suffered this kind of loss. First, do not criticize. Do not criticize anything parents who lose their child do or don’t do as a result of their loss. People grieve in different ways. One’s grief is theirs, that grief does not belong to anyone else. No one has the right to tell someone how to grieve.

Also, the reaction of many people when they hear that a couple have lost their baby at birth is to ask, “what happened? What did they do wrong?” More often than not, the answer is “nothing.” This type of loss is tragic and the vast majority of the time is through no fault of either parent. Don’t do it.

This one grates on my nerves more than anything, especially since we’ve been on the receiving end of it now: Do not, and I mean do not, ever tell someone that it was “God’s will” that their baby died or say other pithy things like “God just needed another angel.” Now, I know people who say these things mean well. Sometimes these statements are born out of not knowing what to say (and if that is the case, to say nothing would be the better response). As a pastor, I can tell you that such theology is flat wrong. Not only is it not true but it’s damaging and anything but comforting. A God who takes children away from his or her parents is not a God that I could believe in, let alone proclaim.

So that’s all I have on my mind at the moment. I will write more on this, I’m sure. And I will also write of the other things that come about as we prepare for a big year of transition. Thanks for hanging with us on the long, bumpy ride.