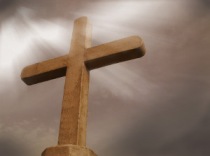 The following is a testimony that I’ve typed out. At the request of a couple of my Twitter followers (speaking of Twitter, you can find me here), here it is in blog form. God bless!

Many of my earliest memories involve church. From as early as they could, my parents had me in church as much as possible. However, this wasn’t always possible because I spent a large percentage of my childhood in a hospital bed. I can remember many instances where my pastor or the hospital chaplain would visit and pray, where other people would pray and of course my parents would pray. I was told about Jesus at an early age so I have a hard time finding a time where I never believed. Jesus was a part of my life from the beginning.

As I got older and learned more about the faith, I joined my church and became active in the youth group. There were many times where I questioned whether I was really saved or if I was playing church. One evening when I was about 16, my youth group went to a play at a Meridian church. The drama deeply affected me and I wanted to make sure that I wouldn’t spend an eternity in Hell. When the invitation was given, I responded.

Later on I graduated high school and went to college and I did the things that college kids do but I always knew that I was doing wrong and that Jesus expected more of me. However, much to my detriment, I continued down a bad road. Eventually I moved to Indiana and it became even worse, mainly because for the first time in my life I was truly on my own and thought I could do anything I wanted to without consequence. You name it, I did it.

One night when I was about 25 I was laying in bed, having problems sleeping because I kept thinking of all the junk in my life. The Holy Spirit had been working on me for quite some time and that night He made Himself known beyond a shadow of a doubt. I heard a voice say “you can’t keep doing this.” Right then I hit my knees, repented of my sin and rededicated myself and my soul to Jesus Christ. Soon after that I became active in a great church, surrounded myself with strong Christians and I was even re-baptized.

Now that I’m back in Mississippi, here I am: A man who’s still a sinner but who realized the way he was living was wrong, the things I had placed more emphasis on rather than Jesus were wrong and that I was trying to do it all myself. I can’t. No one can. Only Jesus can save us and I thank God that I came to realize that. I married a Godly woman, I am involved in an amazing church and am seeking out God’s will for my life. I’m proud to say that I love Jesus and I want to serve Him in all ways as possible. My road has been a bumpy one but I thank God that I went down it because it helped me learn to rely on Him and that without Him I am nothing.